Blessed are those who are persecuted for righteousness’ sake, for theirs is the kingdom of heaven. Blessed are you when people revile you and persecute you and utter all kinds of evil against you falsely on my account. Rejoice and be glad, for your reward is great in heaven, for in the same way they persecuted the prophets who were before you.
-Matthew 5:10-12

William Temple, former Archbishop of Canterbury once said: “When I pray, coincidences happen, and when I don’t, they don’t.” So here’s a holy coincidence. We come in our weekly series to this beatitude which speaks of those persecuted for righteousness’ sake. And it happens to fall on All Saints Day, one of the great feasts of the church. On All Saints Day, we celebrate a great cloud of witnesses, especially those who knew the greatest persecution, whose lives ended in martyrdom for the sake of the gospel.

On this day, we often sing a song of the saints of God. When I hear that hymn, I think of a presentation I heard from a nurse who had spent time serving in another country. At a time of civil unrest, a number of Christians were being treated in her hospital. Soldiers burst in and dragged these Christians from their beds, took them out and shot them. In the presentation I attended, the woman reflected on the phrase from that hymn: “One was slain by a fierce wild beast.” I had often thought of this as a quaint, sweet, perhaps irrelevant hymn about having tea with the queen or something. It took on new meaning as she spoke of how she encountered that wild beast in the form of those soldiers.

At a bible study I led years ago, we had a steady, faithful crowd. One of our members asked if he could bring a friend. I said sure. This quiet, slight guest sat silently through our hour-long discussion. The passage before us was about persecution that comes to disciples. We talked about how we as people of faith experienced persecution. Friends and family and co-workers making fun of us. A conflict between church and a sporting event. Towards the end of the study, the guest asked if he could speak. It turns out he was a clergyman from Africa. A gang, part of a movement opposed to the Christian faith, had kidnapped him, taken him out of the city, handed him a shovel to dig his own grave. At gunpoint, looking down at that hole in the ground, he was told to renounce his faith. He stood face to face with a wild beast. This tiny man refused. For whatever holy reason, the kidnappers put down their guns and let him go.

At another bible study, ten years ago, a young man sat as a guest with a group that met weekly. The gathering is described in a book I just finished, entitled “Grace Will Lead Us Home.” It’s about the massacre at the Charleston church, Mother Emmanuel. That wild beast of a young man radicalized by white supremacists took the lives of those saints. They were saints blessed by families who witnessed to God’s life and love through their forgiveness. Into that horrific situation, something of the blessedness of the kingdom of God surfaced.

So we hear of blessings for those persecuted for righteousness’ sake. Sometimes religious people are persecuted but it’s because they are being jerks in one way, being arrogant or close-minded, using the gospel to feed their ego. I believe Jesus is talking about something else, about taking a stand for God’s ways in a world with devil’s filled that threaten to undo us, to borrow language from Martin Luther’s great hymn, “A Mighty Fortress.”

As you think about this beatitude, have you ever experienced persecution for righteousness’ sake? Is so, how so? If not, why not? Do you know people who have? Was it a blessing? A cause for rejoicing? Maybe we’ve escaped persecution because we keep our faith under wraps. A preacher in my youth once asked: “If you were arrested for being a Christian, would there be enough evidence to convict?” No need to go looking for trouble, but pray for those who face persecution right now. And if that’s you, know that you are not alone in the struggle. And if it’s not you, think about what you’d be willing to give up for sake of God’s righteousness.

RenewalWorks: Connect with Jerusalem Greer and Jay Sidebotham
to discuss My Way of Love for Small Groups 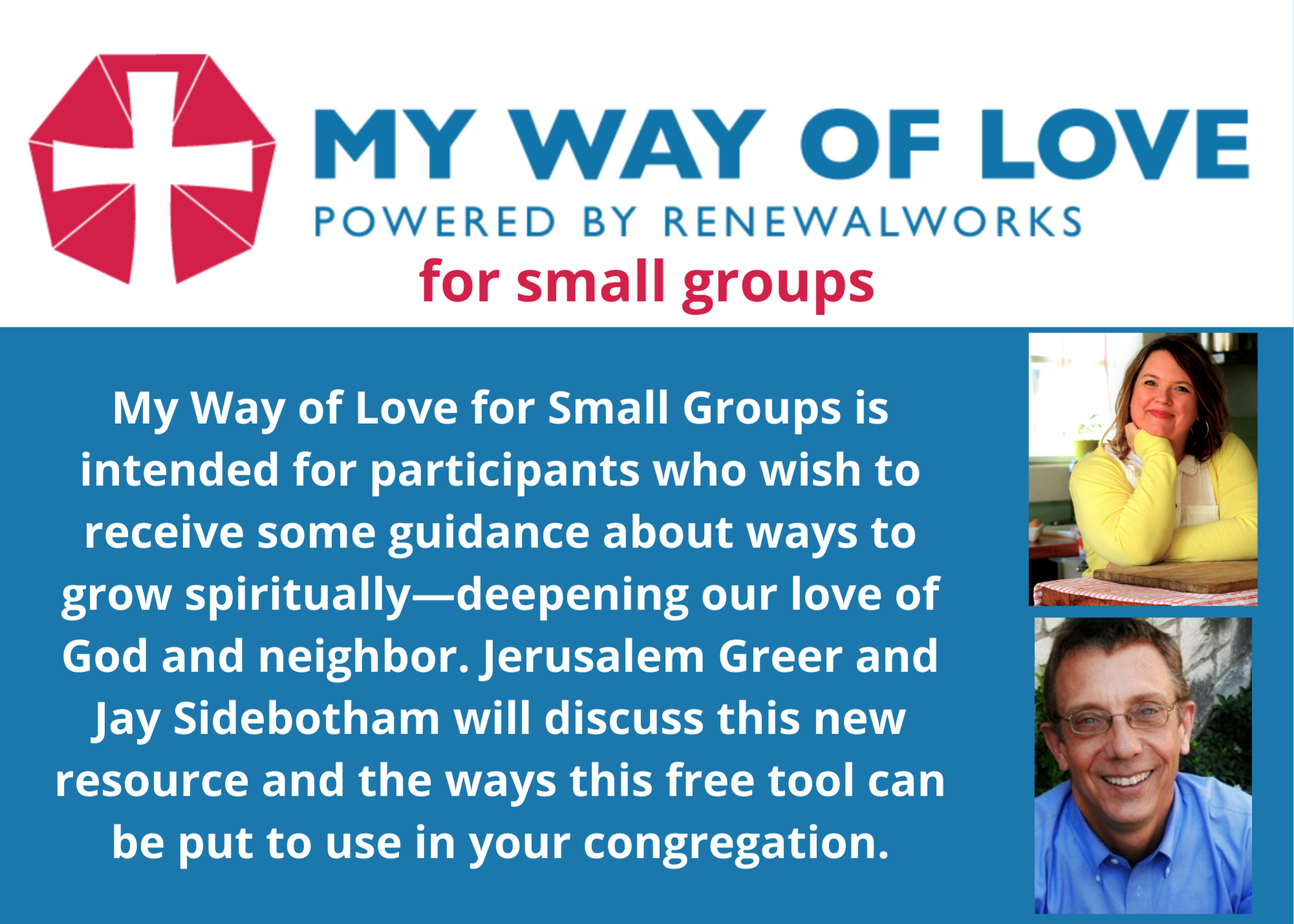 RenewalWorks launches cohorts of congregations in January & September each year, but we also accommodate custom schedules.
Sign up now!

RenewalWorks is brought to you by Forward Movement, a ministry of The Episcopal Church that seeks to inspire disciples and empower evangelists. Follow on Facebook or Twitter.